According to Mr. Wiki P, the term cottage pie is known to have been in 1791, when potato was being introduced as an edible crop affordable for the poor. 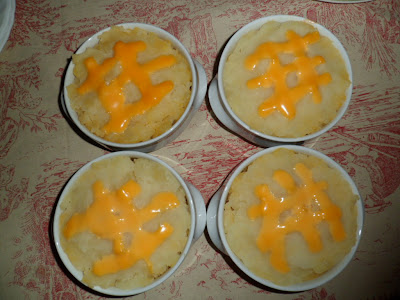 This dish was a means of using leftover roasted meat of any kind, and the pie dish was lined with mashed potato as well as having a mashed potato crust on top. 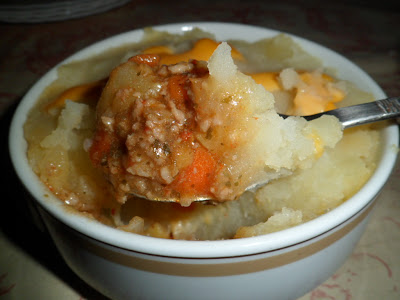 Then,I learned recently, that the term "shepherd's pie" has been used when the meat is lamb, being that shepherds have something more to do with sheep than with cattle.

When you use beef as part of the dish, it's called Cottage Pie. But what will we call it if we use pork meat? 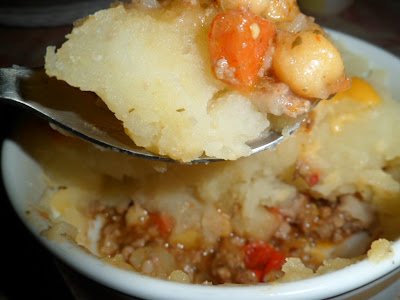 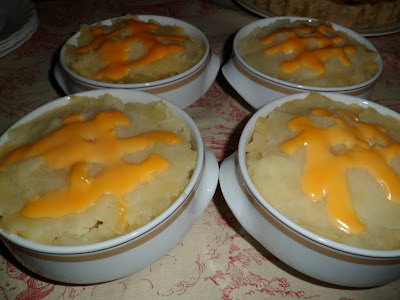 
Remain happy and content whenever you come across the next pie dish..will you?


Pardon me, but French Language lesson is calling my name now.

Thank you for taking the time to comment. Although I do not have the time to reply to everyone of them on a constant basis, but, I do read every comment and appreciate it all.

Welcome to my blog!